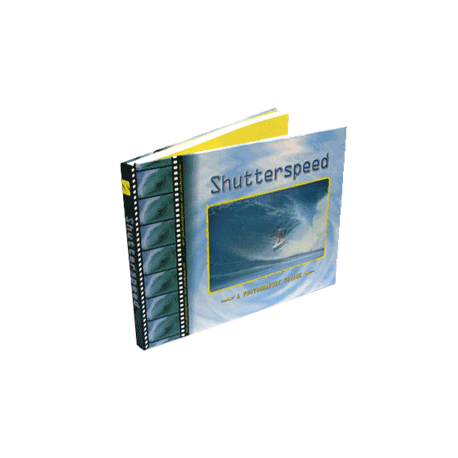 The man behind more than two dozen surf flicks- including the 90s underground classic Good n Plenty- Cottavoz is known for is home-movie style approach to documenting high-performance surfing. Armed with a VHS camcorder and connections from his days as a professional, Cottavoz- then running with the surname Usher- barnstormed the international board sport scene throughout the 1990s, capturing everything from bikini-clad beauties and far-flung foreign dream waves to California s exploding snowboarding culture and assorted party mayhem. Along the way he also began taking photos and the result is the recently released book Shutterspeed. Jamed with 150 pages of high gloss surfing, skating, and snowboard action, the book feels like an insider s scrapbook to the booming early years of the extreme sports era. Half-naked girls, massive Mavericks, Bruce Irons absolutely buried at Pipeline, Omar Hassan s pool launching in Orange County, and Teahupoo in Tahiti grinding without a drop of water out of place are just a few of the book s highlights. While there are some photos included that probably wouldn t make the final cut in other surf photo books, Shutterspeed ultimately proves appealing and successful for much the same reason that Cottavoz s movies do: it gives a real, albeit occasionally out of focus, look at surfing that simultaneously makes you smile about the not-too-distant past and wonder what the waves might be doing at your local break tomorrow. And as an added bonus for the S.B. reader, there are more than a few images that are sure to look especially familiar. Shutterspeed can be found at your local book store, just ask for it! --SB Independent Review