Accueil → Shop>Livres>YOSEMITE IN THE SIXTIES 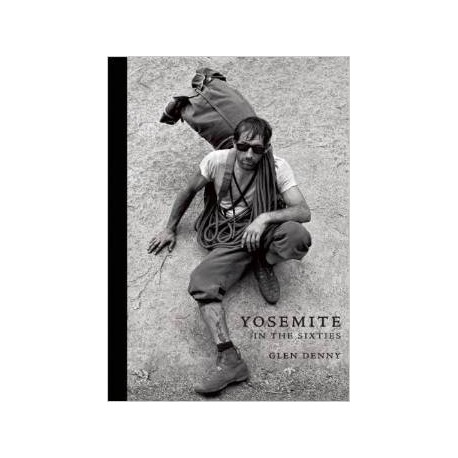 YOSEMITE IN THE SIXTIES

The sheer granite walls of Yosemite Valley galvanized a dedicated group of rock climbers in the 1960s, who saw the nearly holdless, glacier-polished faces as the purest form of challenge. The awesome Half Dome and El Capitan were first climbed in the late 1950s, ushering in a new era of rock climbing later known as the golden age of Yosemite climbing. During this era, the climbers of the sixties developed the techniques, tools, and philosophies that made Yosemite the most influential rock climbing arena in the world. In the spirit of the social changes of the sixties, a small group of committed climbers dropped out of mainstream work and society and took up residence in Camp 4, perfecting their skills and developing a unique social scene. This austere, boulder-strewn campground became the epicenter of the climbing world. It served both as a launching pad for spectacular feats and adventures and a refuge from them. Here plans were made, teams were formed, and the rest of life was lived. The significance of Camp 4 was recently recognized with its placement on the National Register of Historic Places.