Accueil → Shop>Livres>Surfing photographs from the 70' taken by J. Divine 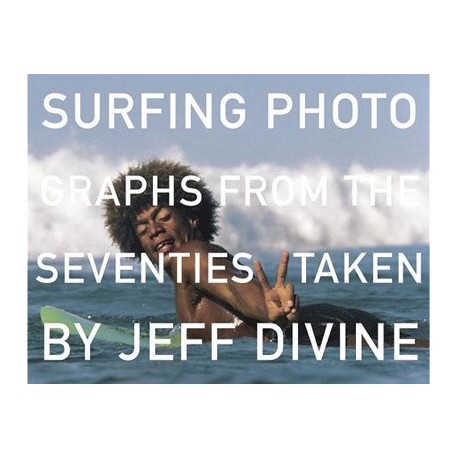 Surfing photographs from the 70' taken by J. Divine

As a teenager taking pictures of fellow surfers in 1960s La Jolla, Jeff Divine got to know the original alternative sport before the X-Games were even a gleam in a producer's eye. Through this rare collection of photographs from the momentous decade that followed, he conveys the feeling of being on the beach in its most creative era, being present at the inception of a subculture too large and photogenic to stay down long. The style, the athleticism and the escapism in these images will be familiar to those with even a lazy eye on pop culture: surfing is on the rise again. Of its first time around, Divine says, "Yes, I had long hair. And Pendletons, Mexican wedding shirts, bell bottoms, Wallabies, Zig Zags and tuna, wheat bread, and sprouts in the fridge. Santana, The Dead, Jesse Colin Young, Steppenwolf, Moby Grape, The Stones, Beatles and Clifton Chenier on the stereo. Hippie seamstresses made us custom shirts with embroidered necks and coconut buttons. I had a beaded curtain through which you entered my den. No, I didn't have any black light posters, but I did have the Juan O. Gorman poster "Flores Imaginarias" and Ortner at 3M's on the wall. Reading material? The Life Photography Series, The Tibetan Book of the Dead,M.C. Escher art books, Zap comics, or the Carlos Castaneda series. But our prize possessions were our garage-made surfboards all lined up in the side yard. They mattered the most."