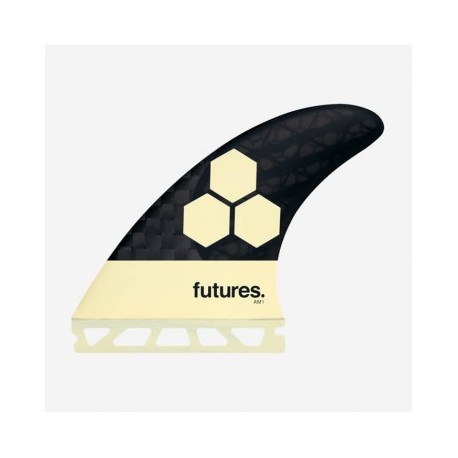 The AM1 Blackstix fin was designed by Al Merrick. The Blackstix material and V2 foil give this fin a springy flex pattern, making it ideal for generating speed and drive in softer waves. The AM1 template offers a wider base for drive off of the bottom and a refined tip for release off the top, while the additional rake provides hold through carves.